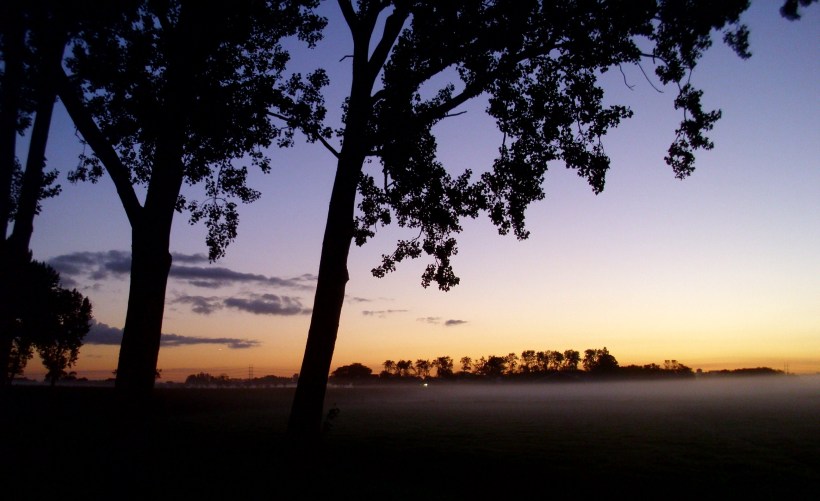 Since the beginning of the 21th century personal practical application of the then largely complete theory concerning the Vivistic pattern of behavior has resulted in several main aspects:

During the two years of realising what consequences respecting life and well-being of also microbes would have in practice it had become clear that preparing foodstuff by use of fire or heat would have to be left behind as well. Somewhere in the beginning of the year 2000 a begin was made with bringing this theoretical conclusion into practice.

In principle no (more) cooking, baking, roasting, grilling, frying, microwaving, or whatever, nor buying stuff that was prepared in one of these ways. So just eating the kind of food that can be eaten in its natural shape, rawly indeed.
This however turned out to be very difficult; in fact it just didn’t work for more than about 50%.
By end of April in the new year (and century) however a website was found about a feeding principle called “Raw-foodism”. It was great to find out that there are others who also reject eating cooked food, be it that their motivation is not primarily in the wish not to kill microbes, but in health-arguments, and that they also eat plants.
After having read the book “The raw-food diet” partly, knowledge of many more arguments for eating 100% raw helped a lot in reaching an essentially bigger percentage then the about 50 that he managed untill then.
When at some 80% raw, to him it was quite clear that the central theme of this book is right: Raw-food is very good for health, while (in the words of the authors) “cooked food is poison”).

Later on became clear that this salutarity of Raw-foodisme for health and well-being is quite understandable, while these two aspects of human life predominantly depend on activities of microbes (like vitamins) inside the body; so if one kills or damages (many of) them when preparing foodstuff by use of heat, there won’t be sufficient (healthy ones) of them any more to do all that has to be done for maintaining ones optimal health and well-being.

Still later the  supposition arose that in the undesirable effects of not sufficiently respecting life and well-being of microbes there also is or can be an essential element of punishment, or as one wishes revenge by most powerfull microbe world for what one has done to a number of its members.

All by all and partly as a result, (nearly) 100% raw not only became quite reachable, but also more and more self-evident.

2) Reducing use of artificially generated energy as strongly as possible

Growing awareness about the many life-unfriendly aspects and consequences use of most kinds of artificially generated energy has,  led to the conclusion that this use should be reduced as strongly as possible.

When it is generated by use of fire by burning coal, gas, oil, wood, or other organic kinds of fuel, this implies that gigantic numbers of microbes naturally finding themselves inside these substances are burned alive. This also happens when these kinds of fuel are used directly for heating of buildings or preparing foodstuff. Production of bio energy has kindlike implications. When electricity is generated in hydrolic plants this implies that many animals that naturally live in the water that passes and drives the rotators are hurt or killed instantly. As for windenergy it is a known fact that quite a few birds use to fly themselves dead against the huge turbines or their rotor blades. The unacceptable dangers of nuclear energy are generally known.

One and other led to a sensational (further) reduction of personal energy use; among others by;

Early 2009 became clear that  microbes (like vitamins) that find themselfs in foodstuff are not only killed, mutilated or deactivated by fire or heat, but also by certain added tastmakers such as salt  and vinager.

That’s by the way why they often are used for preservation of food; they one way or another take care that microbes inside it are no longer able to carry out their natural ripening and severing function.
The other side of the coin however is that as a result this food contains proportionally less (well functioning) vitamins and other living nutrients.

But what’s more, by using these additions, one gets real vitamin killers inside, as a result of which one’s possession of vitamins not only stays unreplenished, but even is reduced, as the killing of microbes goes on inside the body.

To avoid this rather unhealthy consequence of eating savoury foodstuff, in the two years that followed a lot has been done to overcome ‘addiction’ to these ‘taste makers’. More and more they were replaced by natural more or less pungent tasting fruits like peppers, musterd seeds and lemons, be it that awareness of the fact that these have a more or less deactivating effect on microbes resulted in an as much as possible reduced use of them as well.

Use of alcohol had been quitted long time before already because of its incapacitating effect, in spite of the then unconciousness of the exact cause of this.

In the second half of 2010 finally became clear that and why artificial fertilizer and/or chemical pesticides, when used in culture of foodstuff like fruits, most likely get into that foodstuff.
In a way it’s quite simpel:
Trees and other plants suck up rainwater that has sunk into the ground, after which they partly store it in their ‘body’, partly evaporate it though their leafs and partly put it into their fruits, especcially when these are juicy ones.
This means, that artificial fertilizer and chemical pesticides, when used and as far as they are dissolved in that rainwater, together with it partly are put into the fruits. In the same way they get into the grassplants that later on are eaten by animals, as a result of which they get into their meat.
When used in culture of grains they get into the fruits of these plants and will be eaten by humans who for instance eat bread.
No need to say, that from then on the urgency to in principle only eat organic food was much stronger than it was before. After all fertiliser is a chemically produced crude oil product, whereas pesticides by definition are poison.
An additional argument in favor of organic food is in the fact that it’s culture is a lot more animal friendly than the one of non-organic food. The use of pesticides in the last mentioned namely kills big numbers of insects (most likely in a cruel way). In the culture of organic food on the contrary insects that are concidered as hazardous are combatted only by putting on some of their natural enimies, which not only leads to a more natural death in case they fall prey to these, but also gives them plenty of opportunity to stay away from or leave the relevant plantation, because it’s not safe there.
Moreover can be posed that consumption of food in the culture of which fertilizer and pesticides have been used implies a certain co-responsability for the pollution production of these chemical products brings. In organic culture mostly animal dung is used, which also implies a certain degree of pollution (emission of greenhouse-gasses), but since a few years the chance exists and is growing that organic food one buys has been grown with just the use of vegetal manure.

(Too bad for the text wrighter and interpreters of this song)

5) A strongly decreased use of plastics and other chemical materials

Most kinds of plastics and other chemically produced materials to a considerable extent are made out of crude oil. This implies that big numbers of microbes that naturally live in this oil are killed in the production proces. Furthermore this production proces mostly is rather energy-intensive as well as polluting.  Moreover only part of the plastic that is collected for recycling is really recyclable, whereas the other part is burned in an air polluting way.

For these reasons personal use of syntethic materials was reduced as strongly as possible, particularly by reducing domestic use of plastics.

For instance refuse bags are not thrown away together with their content, but emptied and reused many times. Also food and other merchandise is bought unpacked as much as possible , for even when the packaging material is compostable, its production leads to emission of combustion gases and costs a not small number of microbe lifes.

Otherwise  all the plastic packages of which use is unavoidable is dropped off for recycling, so that there can’t be any kind of personal implication in plastic pollution of the oceans.

Not very long after having realised that by reusing plastic bags and other packages many microbe lifes are spared the same happend relevant to consumer goods made out of other kinds of material. All kinds of metals and paper are produced by use of big fires, as a result of which as good as all microbes finding themselves naturally in both the raw-material and the manufacturing fuel are killed.

By buying consumer goods (like a bike, a computer, a camera, a mobile phone etcetera) second hand and if possible use it untill it’s decrepit, one contibutes in reducing the number of kindlike goods that have to be produced and thus of microbes that are killed in the relevant factories.

No need to say that in  this way one also acts nature-friendly in other respects: less raw-material has to be mined at the cost of soil life, less transport,  less emission, less waste, and so on.

As far as concerns goods made out of wood, buying them second-hand implies contributing in reduction of the number of trees that have to be cut for production of new ones. (—)

7) In principle no more domestical heating

Although awareness of the fact that fire kills microbes already existed, the domestical heating didn’t use to be left out yet by 2001; this mainly because it was electrical then, whereas awareness of the fact that electricity for a great deal is generated by fire only arose later on.
In that year however by coïncidence was found out that it is possible and even better, (although not really easier), to do completely without.

Undoubtedly the fact that by then feeding-pattern was as good as 100% raw already has played an important role in this developement. The usual shivering and unbearable bitterness of the cold  turned out not to occur any more, while instead (on condition of wearing plenty of warm clothes) there was an agreeable freshness, like there used to be when for instance playing sports in winter, while wearing relatively thin sports clothing.

Later on has become clear that this may be a consequence of the fact, that in case one uses natural food, the body organs function naturally, which in this context implies that a built-in thermostat-like organ takes care that the colder it is outside, the harder the inner ‘body-heating’ is working, so that one doesn’t feel more cold, no matter it gets colder outside. (As a result the effect is about the same as when the body-temperature is raised considerably by virtue of the high degree of physical exercise for sports).

This theory is kind of prooved any time by exeption some cooked food is consumed, (mostly because nothing else is available then and there); after that namely immediately the bitterness of the cold is felt, while the shivering starts.
Presumably one and the other is a consequence of the fact that this unnatural foodstuff (in which most microbes, including vitamins, are killed, so that they can’t carry out their natural functions any more) makes the mentioned before thermostat disfunction, like it in principle makes all or most organs function different from the way they are supposed to. As a result this thermostat doesn’t take careany more that the inner heating is adapted to the cold outside, so that one really starts suffering from it (also called “freezing”, which in some cases happens verbally). 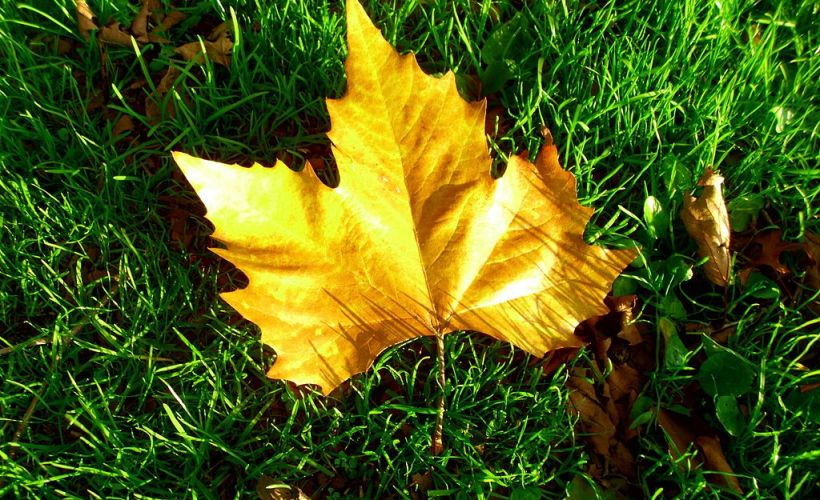 “The Vivistic way of nutrition”